(below) Gerard from The Netherlands:

"From the 26th of June until the 17th of July (2011) the World Championship Football for Women will be played in Germany.
The fashion concern 'Angermaier' designed three special 'dirndls' (regional costume of Bavaria) in the colors of the German flag." 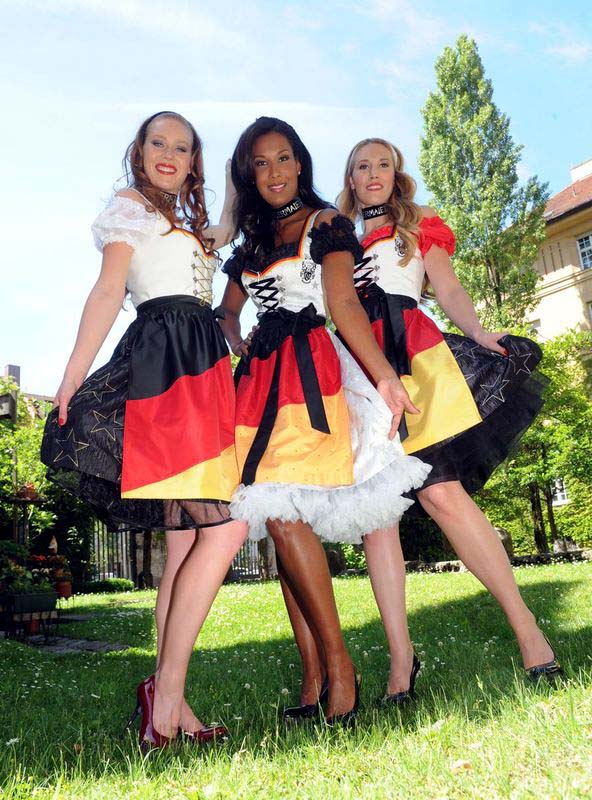 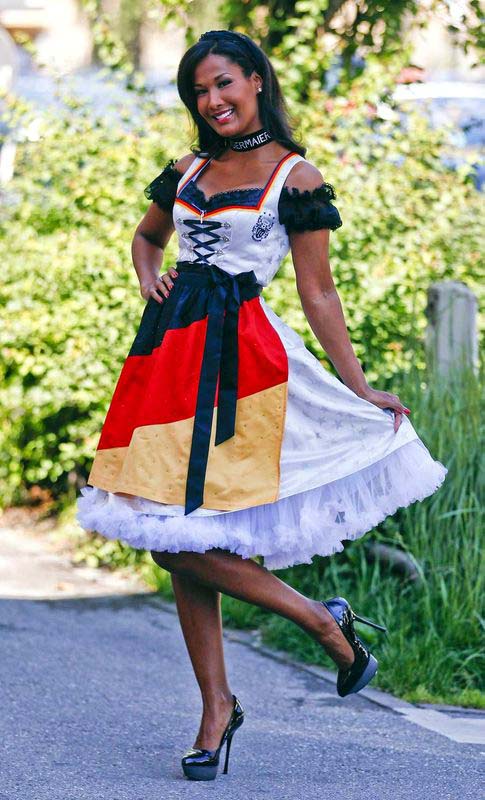 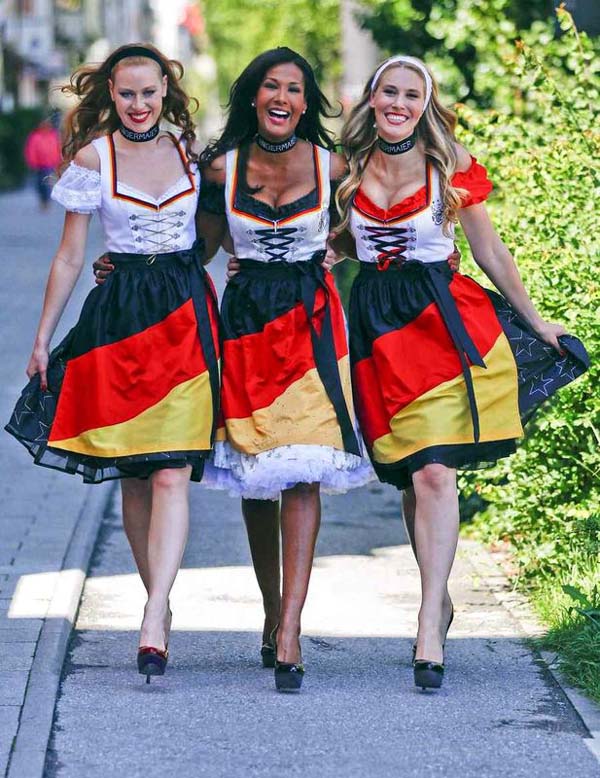 "This Bavarian dance competition.
It's unfortunately small but what a lovely Pond view."

Sonia has provided this alternative (and better) picture 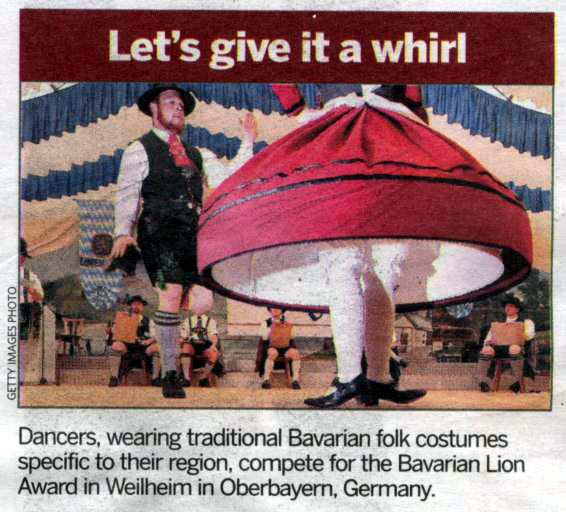 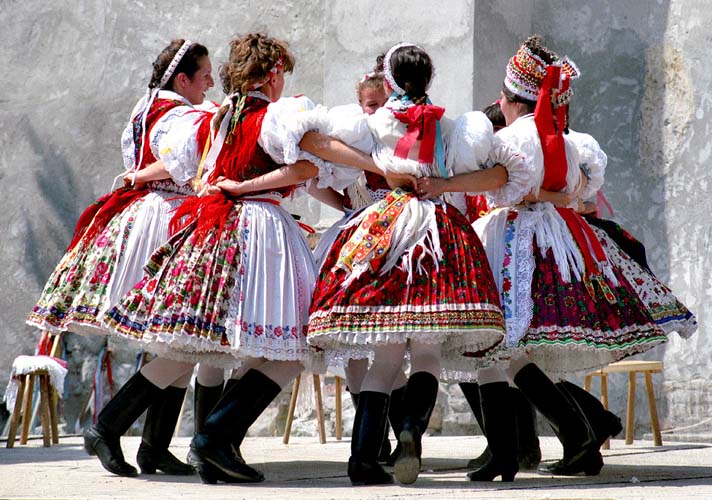 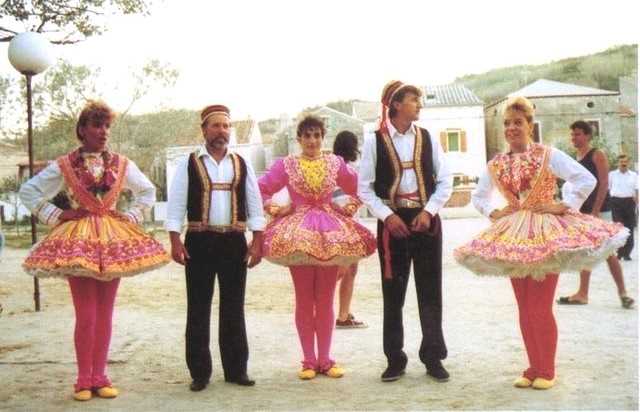 Video: A cornucopia of bouffant in this traditional Hungarian folk dance

(below) Crinolyn sends these images from an Hungarian costume/dance occasion: 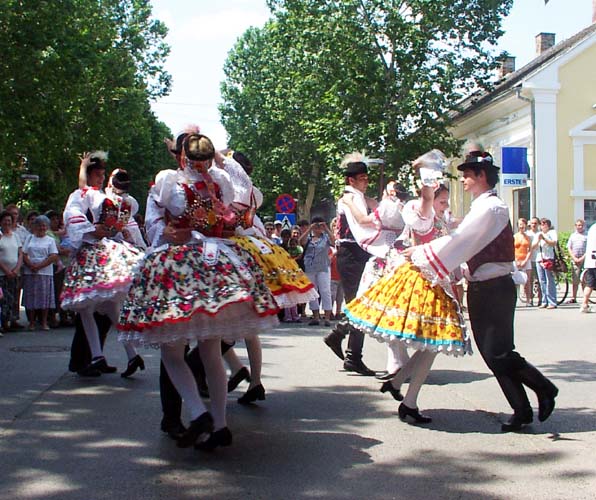 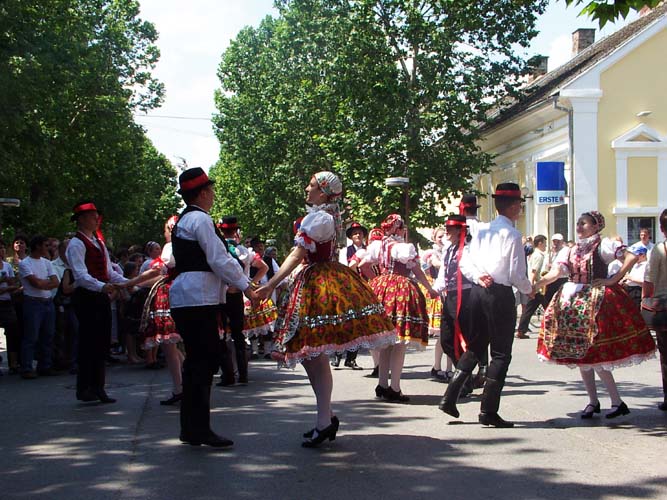 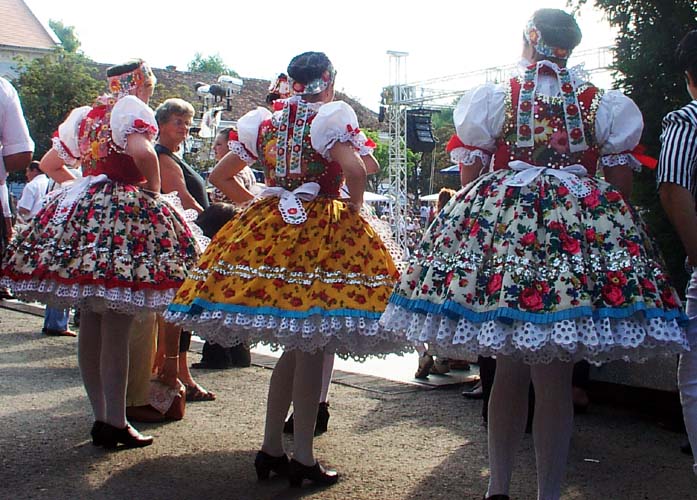 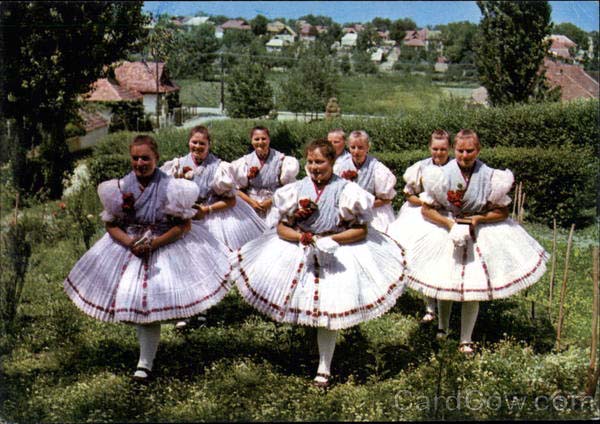 "The April Fair in Seville, Spain."