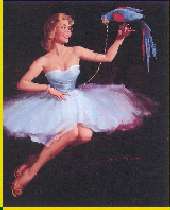 Contestants in a Strictly Come Dancing episode
From left to right:


"This beautiful young woman in the equally as beautiful petticoats is Dani Harmer, an actress who is appearing on Strictly Come Dancing in the UK
(known in America as Dancing With the Stars).

Stills from this video from Jean L.:

Videos from Week One of the 2014 season:

From Dara, here are some selected vidclips from the Strictly Come Dancing 2019 semifinals

Rhino:
"As far as I can make out 'Let's Dance' is the title used in at least 3 countries, (Germany, Norway and Sweden),
for their version of 'Strictly Come Dancing'/'Dancing With The Stars'. Some links to clips herewith:"

"Frankie Bridge (member of girl band, 'The Saturdays').  is proving to be the girl to watch this year.

"There are some dances...which offer petticoat possibilities - tango and foxtrot aren't high on that list.
Do Frankie's wardrobe choices reflect her own personality? Does she love to wear petticoats?

"Frankie looked great sitting down in her foxtrot dress in the Week 5 results show, in this link from 25:46 to 27:37 (Only available in the UK).
At some point after performing in Week 5 she did say that she loved her dress."

In Week 4 there were 4 great dresses but when it comes to talking to Claudia on the results show, just after being saved, it is only the celebrities that sit down.
This meant that we missed out on the possibility of 3 great views and only saw Caroline Flack to advantage. She comes on at about 14:45 in this clip.

On weekdays there is a half-hour programme called 'Strictly Come Dancing - It Takes Two'.  In one of them, background reports from Week 4 they briefly showed
Caroline running around without her skirt on in just her blue petticoat. There was another that showed Frankie in rehearsal wearing a full petticoat to mimic the outfit
that she would later be wearing on the live show. If I can find links to these I'll send them to you.

Caroline Flack behind the scenes. 26s to 29s - all too brief.

Another version of the Week 5 results show. There are some tiny bits easily missed @29s Frankie skips, making her dress bounce up,
@38s Allison wafts Frankie's dress for her, and @50s Frankie on the stairs